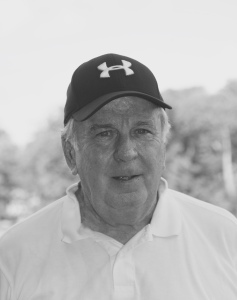 I graduated from the Boston College Carroll School of Management with a BS in Finance Degree.  I was able to be accepted at Boston College due to the excellent college preparatory education I received at Chaminade High School in Mineola, Long Island, New York.  This is an all boys Catholic high school run by the Marianist Brothers.  It is an extremely successful institution.  Prior to Chaminade, I attended Saint Brigid grammar school in Westbury, NY run by the Sisters of Notre Dame. My two older brothers also attended these schools.

In volunteer work, I was a Governor for 8 years and then President for 4 years for the Cranberry Lake Community Club in Andover, NJ.  This Club cannot  be adequately described but is a very family oriented organization and a fabulous summer experience.

I am a proud veteran of the United States Marine Corps. You have to  consider that in 1966, I and my brothers were all in the military service of our country. Not a great time to be in the military not just because of Vietnam but also it was a time when the American public actually despised the military.  My brother Danny was a Lieutenant in the Navy, Billy was a Captain in the United States Marine Corps stationed in Vietnam and I was in Quantico, Virginia in the U. S. Marine Corps Officer Candidate School. I severely ruptured my hamstring and later received a honorable discharge from the Corps.  All my life I followed my brothers. This accident broke the habit. I was truly upset. Six years later I could not believe how lucky I was.

I am a golfer, Civil War enthusiast and enjoy gardening and landscaping.

The highlight of my life is my family.  My wife and I are married 47 years and have raised 5 great children – three boys and two girls – a full house and winning hand. Three are happily married so far and we have 6  grand children. Our children went to Boston College, C.W. Post, Villanova, Quinnipiac and Loyola University in Maryland.

So, you might ask, what’s with the name WestBrook as in Asset Management and now Financial Freelance and Media? When I started WestBrook Asset Management I wanted the company to be reflective of my life. I grew up in a Levitt Community in Westbury, Long Island, NY.  Through 16 years of Catholic education, a lot of hard work (I had 17 jobs before I landed my first official job after graduation from BC – I learned how to work), determination, luck and a great number of fabulous people I met during my career, I ended up living in the Brookville section – specifically Upper Brookville – on the North Shore of Long Island. So it was West-bury -to – Brook-ville.

So, I am back and so is WestBrook.

Best method to contact is by phone or email.